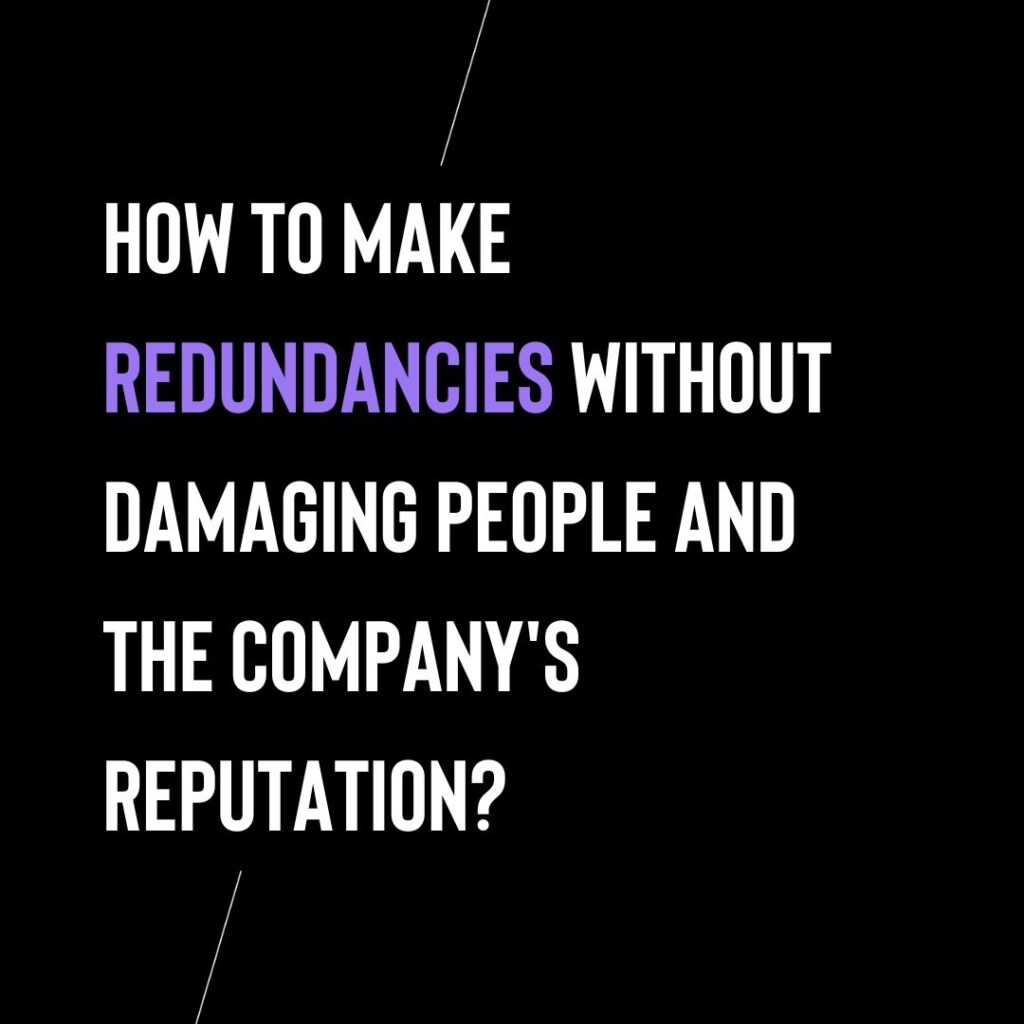 How to make redundancies without damaging people and the company’s reputation?