How to make redundancies without damaging people and the company’s reputation?

Words by Ann Hiiemaa
On 10.11.2022
About Crisis Communication 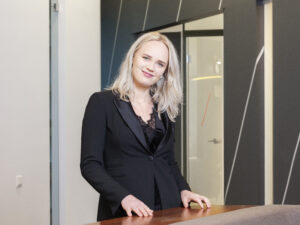 A total of 52,000 people in the US tech sector have been made redundant. In Estonia, 17 companies have given collective redundancy notices. How can we communicate redundancies in a way that does not hurt the company and its people?

Making people redundant is probably not a pleasant thing for any company. How redundancies are carried out affects not only the current and future employees of a company but also its reputation.

It is essential to understand that the link between a worker and the company continues after the moment of redundancy. How a company treats its people speaks volumes about its leaders, culture and values.

Before communication, getting the inevitable redundancy right is important. Key is in valuing people’s previous contribution to the company and, where possible, advising them on their future career path (leaving the company, looking for a new job – from letters of recommendation, if justified, to engaging paid consultants). Given the impact of redundancies on the organisation, both internally and externally, such costs should not be feared. It is better to do away with the company summer days than the activities mentioned above.

We have experience with companies which, having been forced to make redundancies, have found new jobs for each person affected by that decision. This activity speaks much more about the values and culture of the company than the words on its website. However, in the case of large companies, this is often not possible for obvious reasons. Still, humane and personalised communication should be within everyone’s abilities.

Information spreads fast. During redundancies, priority must be given to existing employees. However, they aren’t always the first to hear about redundancies in their company. This is where both corporations and small businesses make mistakes. Most recently, for example, an internal memo of Ford, which made 3000 people redundant, was leaked.

Suppose the redundancies are significant, for example, more than 10% of the workforce of a large organisation. In that case, the first thing to do is to communicate it to the whole organisation. What the managers have decided and why, how the redundancies will be carried out, what processes have been developed to deal with the situation, and what opportunities the company offers to those made redundant. This is important to avoid speculation. It will also give remaining colleagues guidance on how to deal with departing colleagues. So that they can look at each other in the corridor, be supportive of redundant colleagues and help with finding solutions.

In terms of communication, broader reporting of redundancies is also important regarding information leakage. Leaks are going to happen anyway (listed companies are, of course, obliged to disclose the information to the stock exchange first if it is a decision with a significant economic impact), and an internal memo humanely describing and explaining the whole process is the best way to control your message. A good example is a memo sent by Patrick Collisson, CEO of technology company Stripe, to his colleagues on 3 November.

While people have been recruited remotely and via Zoom calls over the past two or three years, the same channel should be avoided to communicate the redundancy message. An employee should get this information in a physical meeting. The more one-to-one meetings that can be held, the better for the people themselves and the company. It is essential to leave room for dialogue between the employee and the employer and to convey the information as honestly as possible. People should not be left with the impression that they are to blame for mass redundancies. That is the difference between redundancy and dismissal (although it is also worth making dismissals in a way that helps people to better realise their potential in the future).

Often the size of the company makes it impossible to have one-to-one conversations, but if attainable, you should try to do so. It can also reduce the risk of people venting their displeasure on LinkedIn or other social media. We probably all remember the companies that made hundreds of people redundant on a Zoom call during the pandemic. Undoubtedly, recruiting talent will be more difficult for them in the future.

External communication: who are the target audiences, and how should they hear the news?

Communicating redundancies should be treated similarly to crisis communication – information must be based on facts. Lies, obfuscation and cover-ups will come out sooner or later and can damage the company for years. Consideration must also be given to the employees remaining in the company. It is important to send them a message about how the company is overcoming the crisis.

No CEO wants to be seen as a bad person during a redundancy period. For company leaders to be prepared to carry out redundancies credibly. A strong and specific message that empathises and puts the people being made redundant at the centre of attention, rather than the managers themselves, can make the process less painful.

Talking about redundancies in person with team members is undoubtedly difficult for the manager. Most people don’t like to put themselves in a potentially conflictual situation. Communicating the dismissal decision is not easy for the manager, regardless of how thorough the preparation is. However, it should not be forgotten that it is an even more negative experience for the person being made redundant. It is up to the company to decide whether the experience is traumatic, whether they explain the reasons for the difficulties the company is facing, and whether it is possible to help and support the redundant person in readjusting his or her life and finding a new job.

Humane chats and support services will not make the redundant worker happy, and they might not understand the motives behind the managers’ decisions for some time. However, after a few months or a year, when the feelings have subsided, most will realise that the process could have been handled much worse, and the actions at critical moments by people and the companies they lead will, in hindsight, be seen through a different lens.

While redundancies are painful for any business, they can be mitigated through thoughtful communication. Avoiding basic mistakes and preparing company spokespersons for external and internal communication.

What to remember when communicating redundancies: